Welcome to part two of my mini album using a 12 x 12  Heartfelt Creations Raindrops on Roses paper pad. The size of the album is 8x6 back with a covered chip board cover. 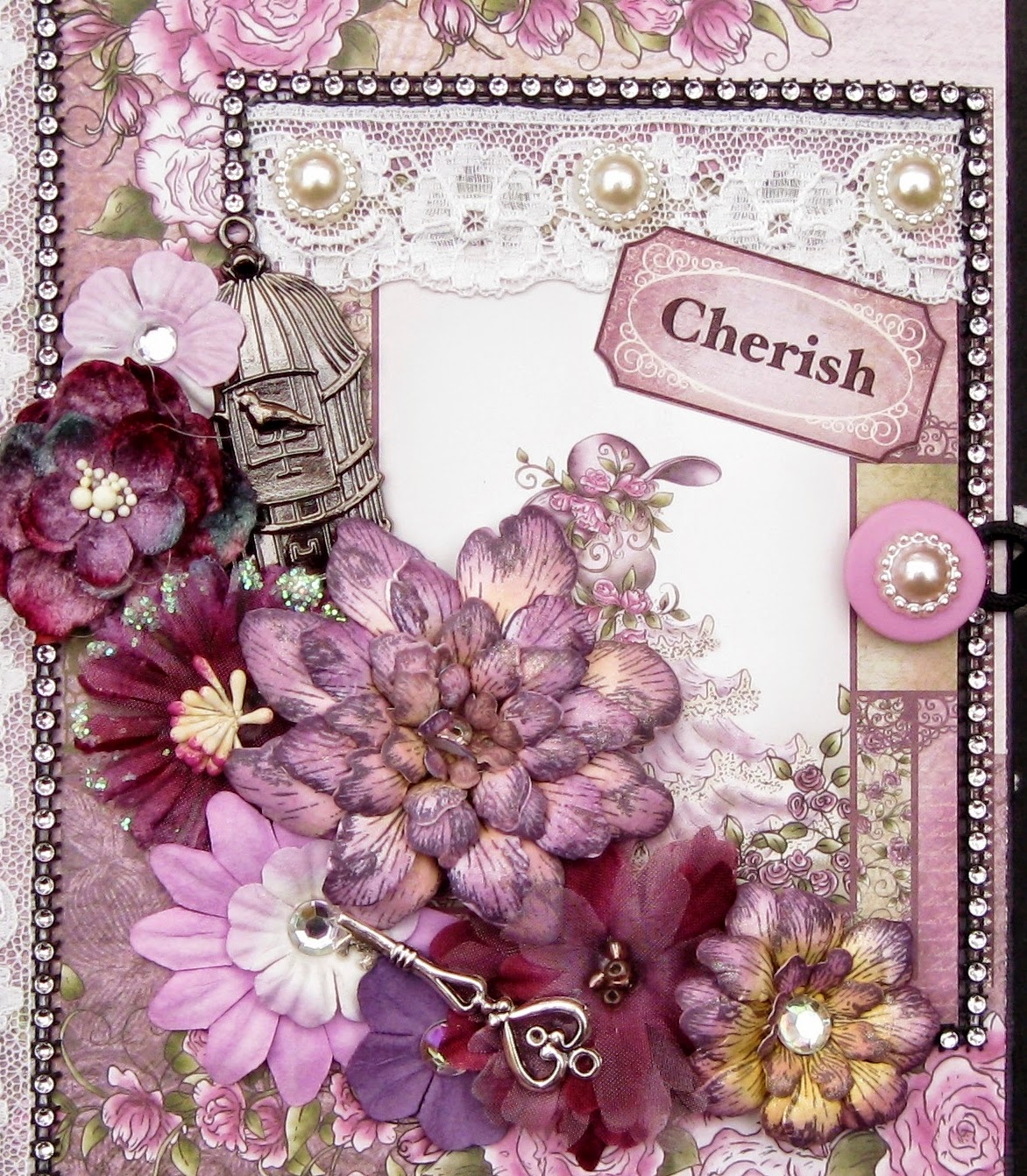 close up of the front cover 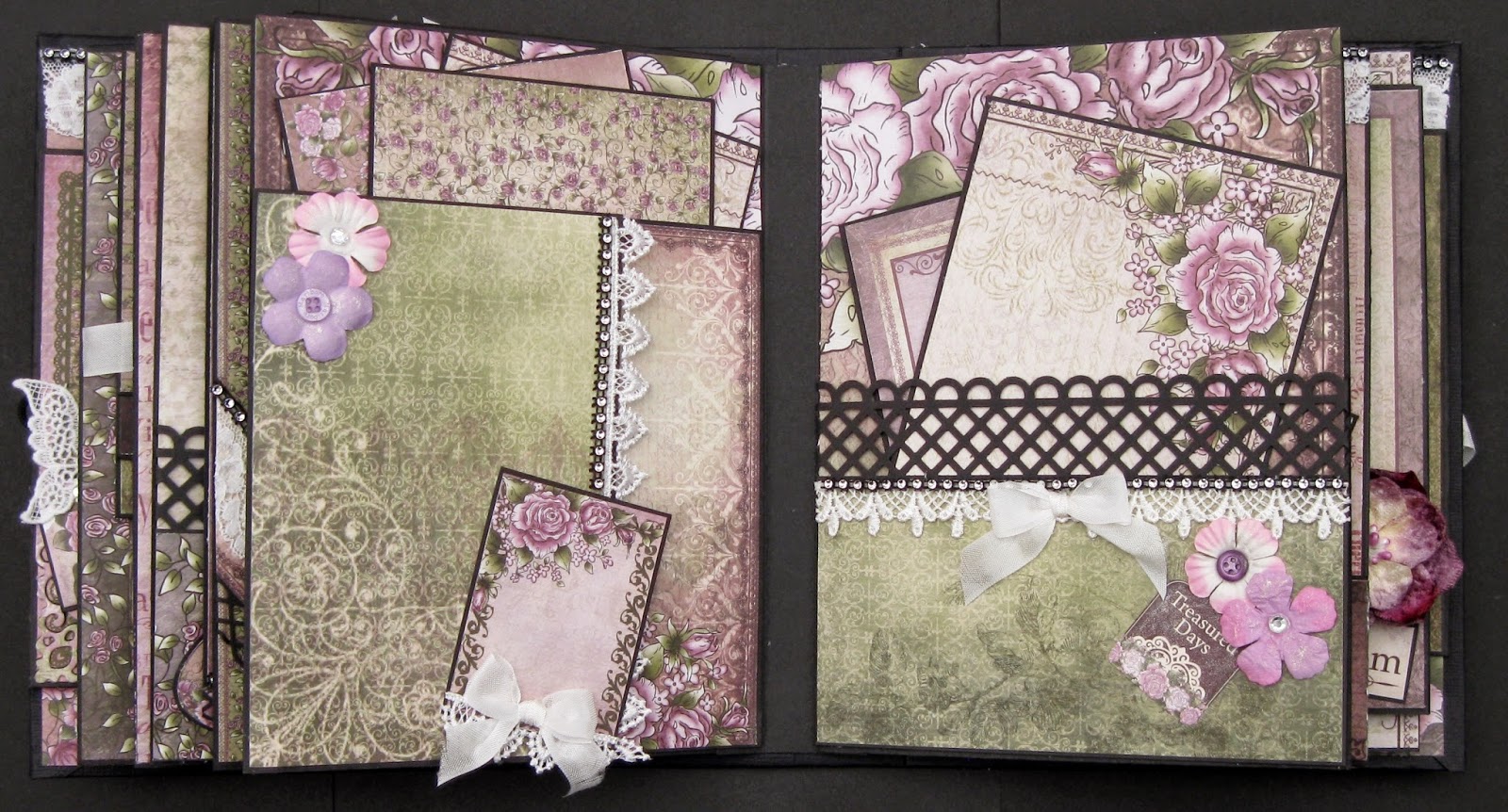 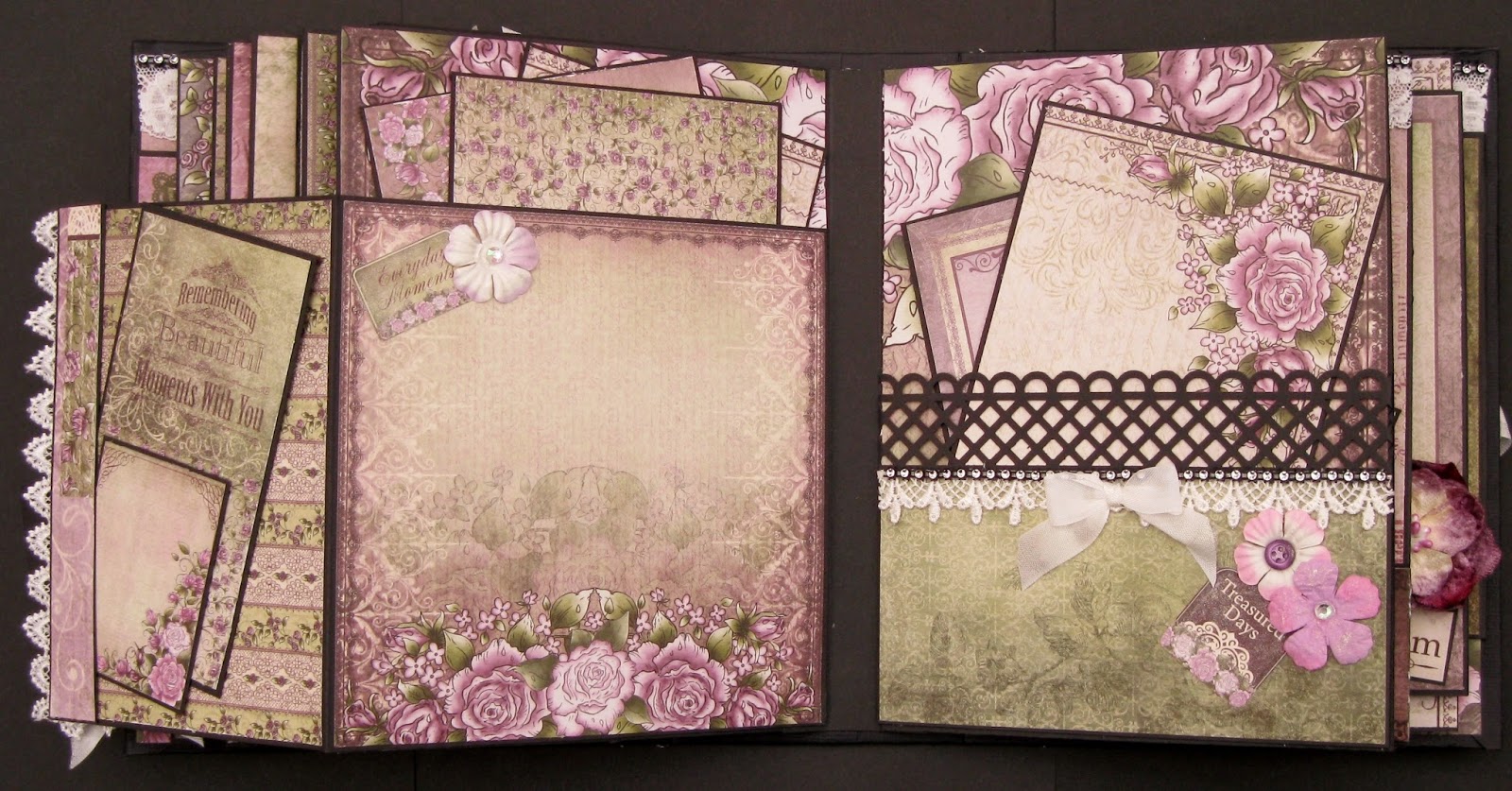 Flap on left page folds back with a mini pocket 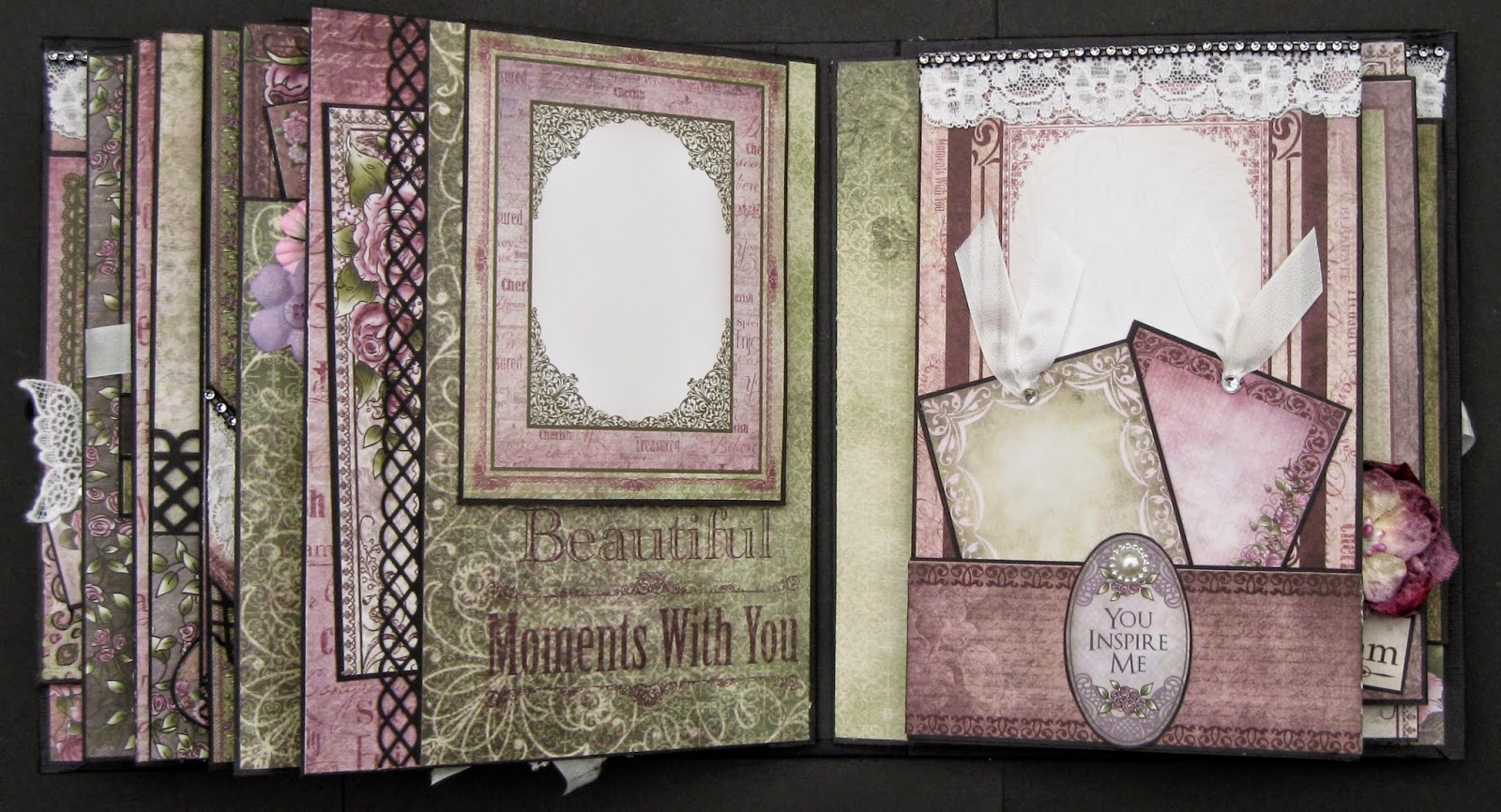 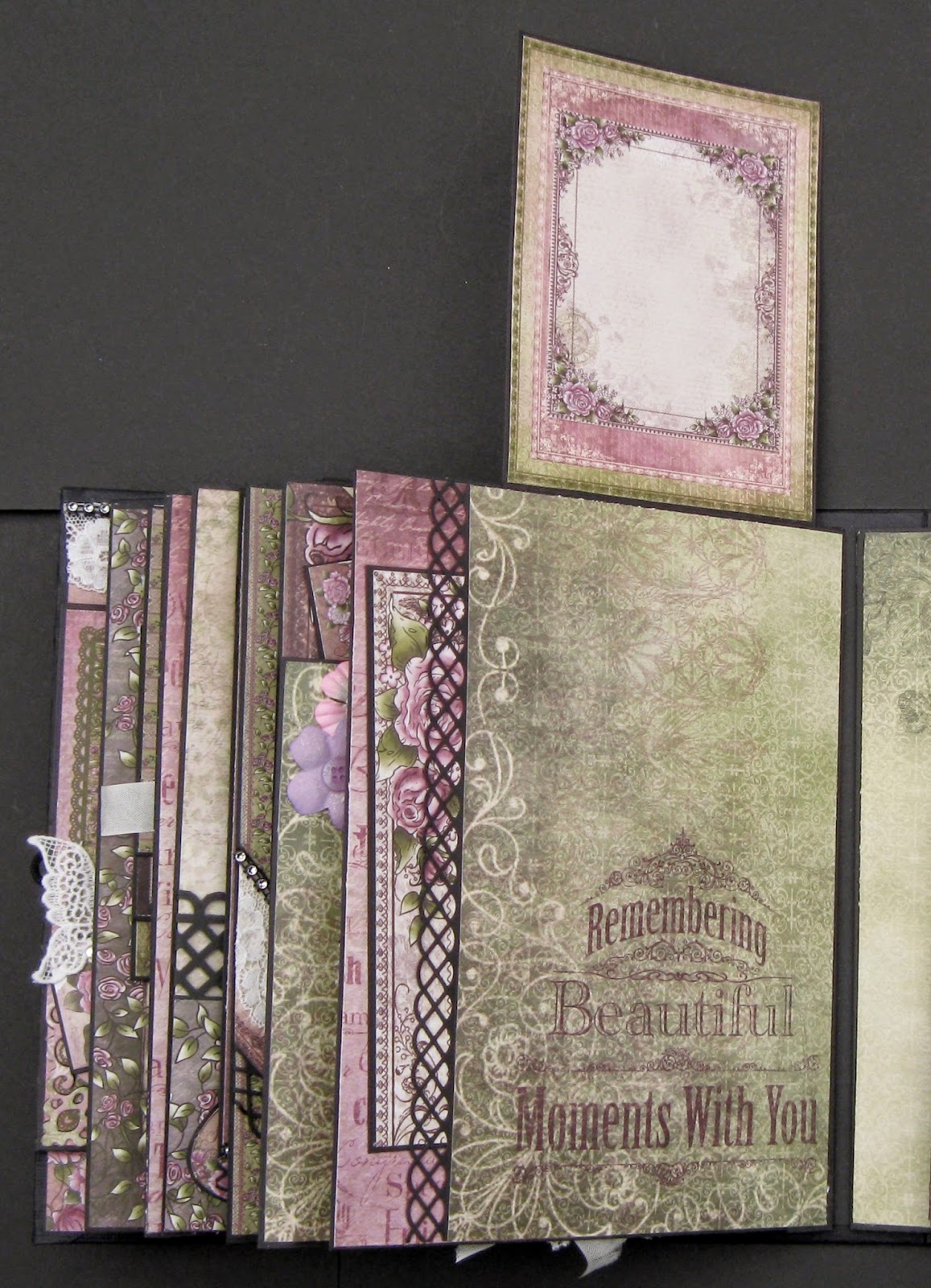 flap lifts up on left page 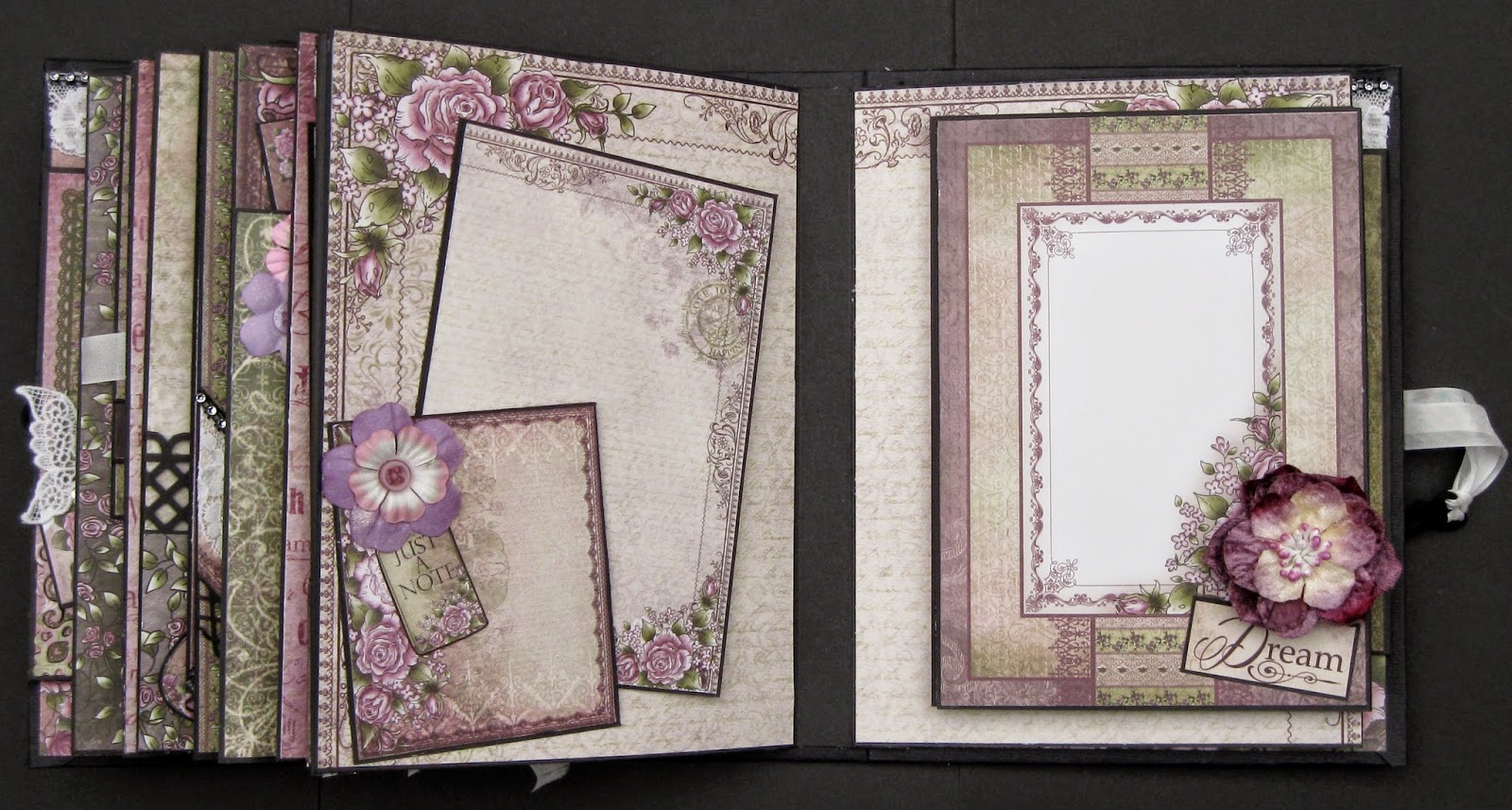 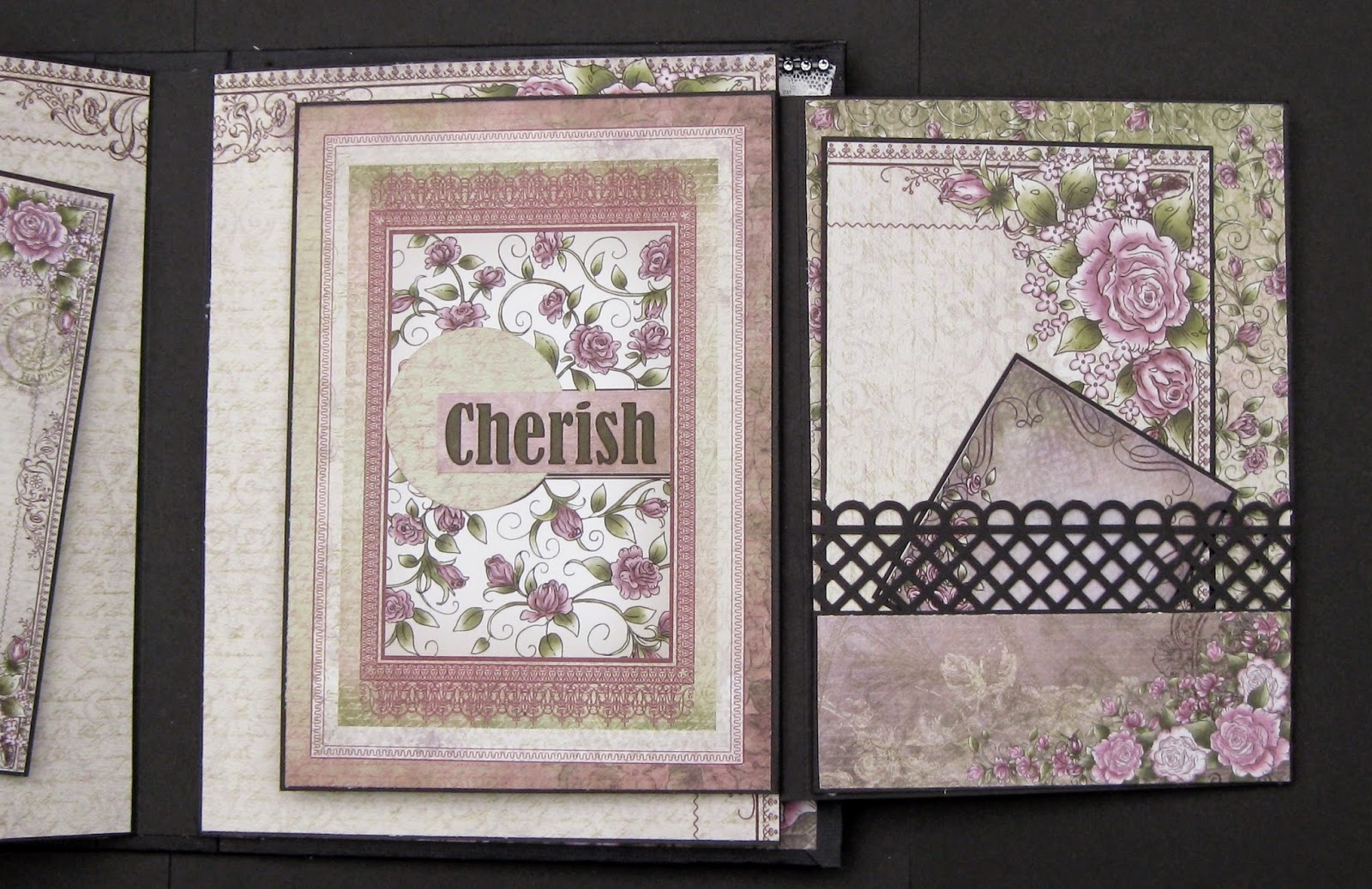 double flap on right page has a mini pocket on the back of the first flap and then the another
flap folds back as well. 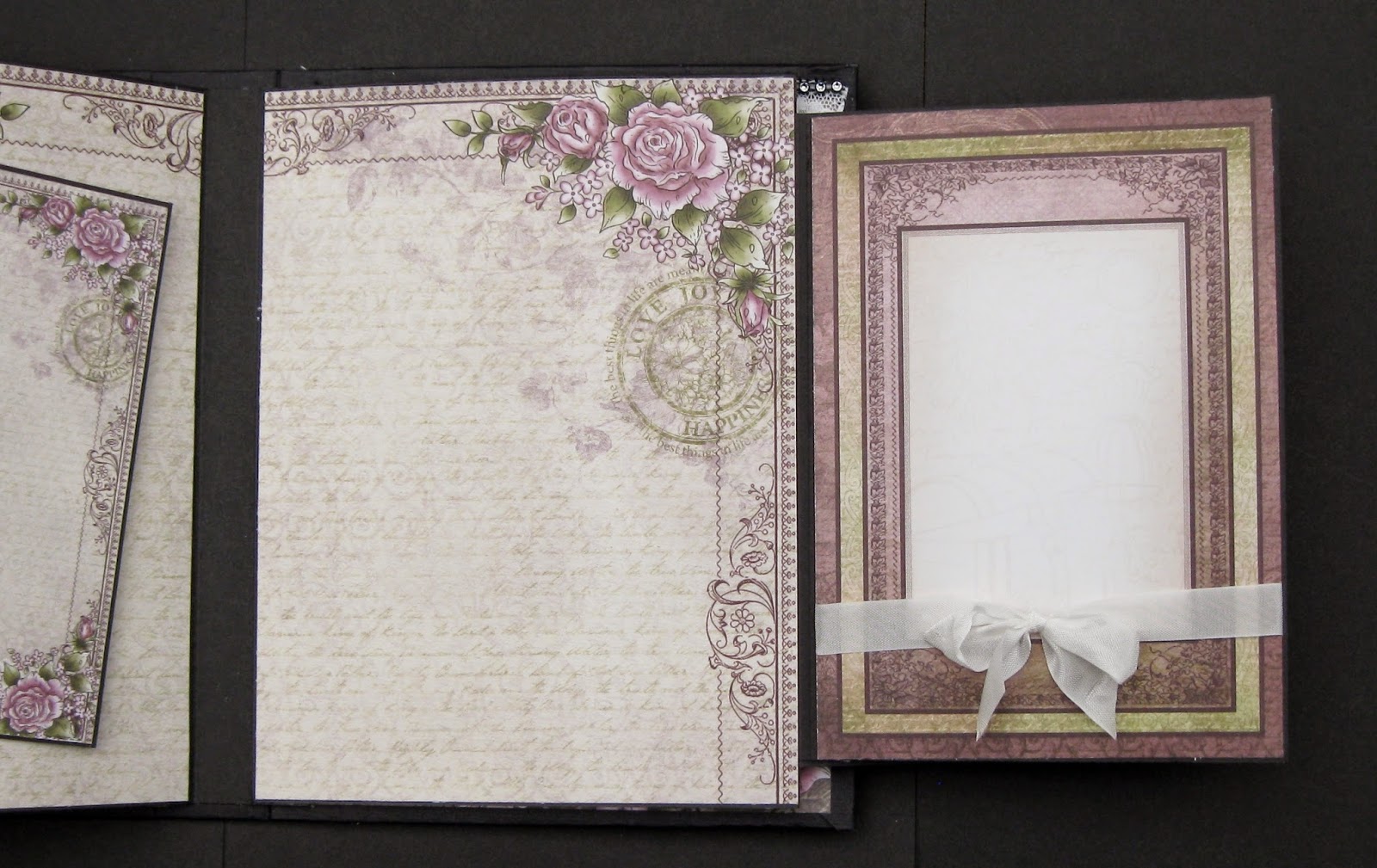 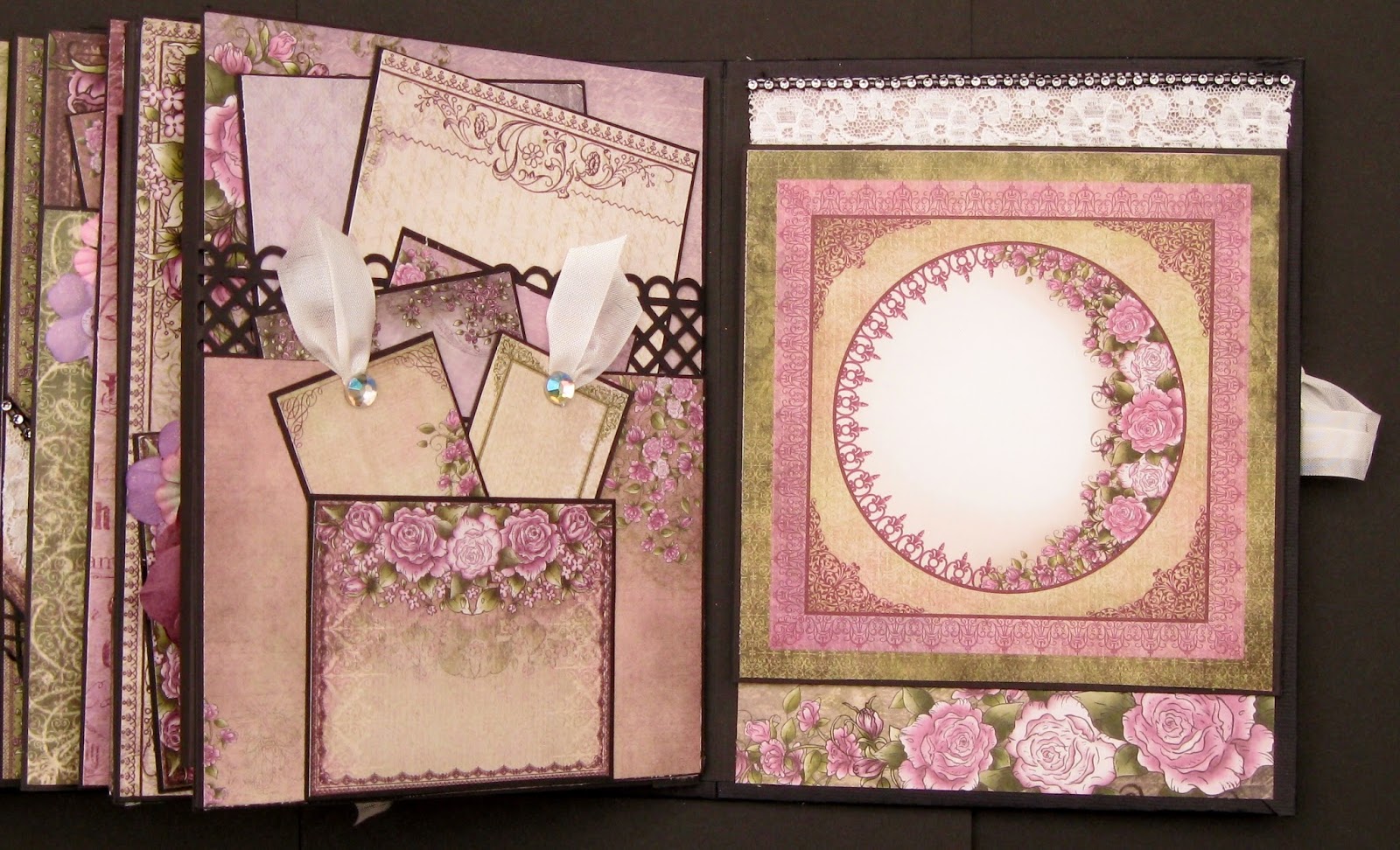 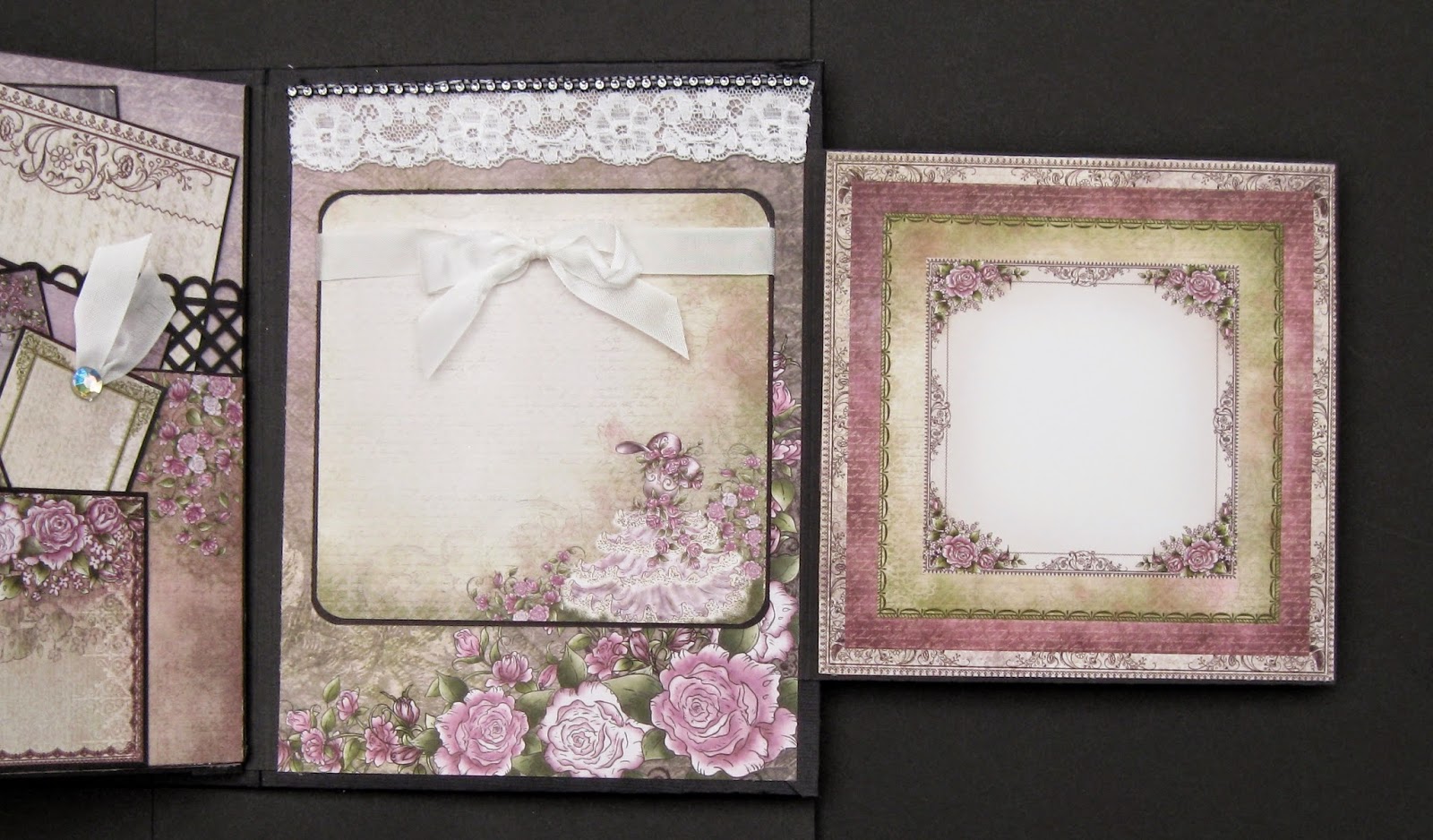 last pages with the flap open 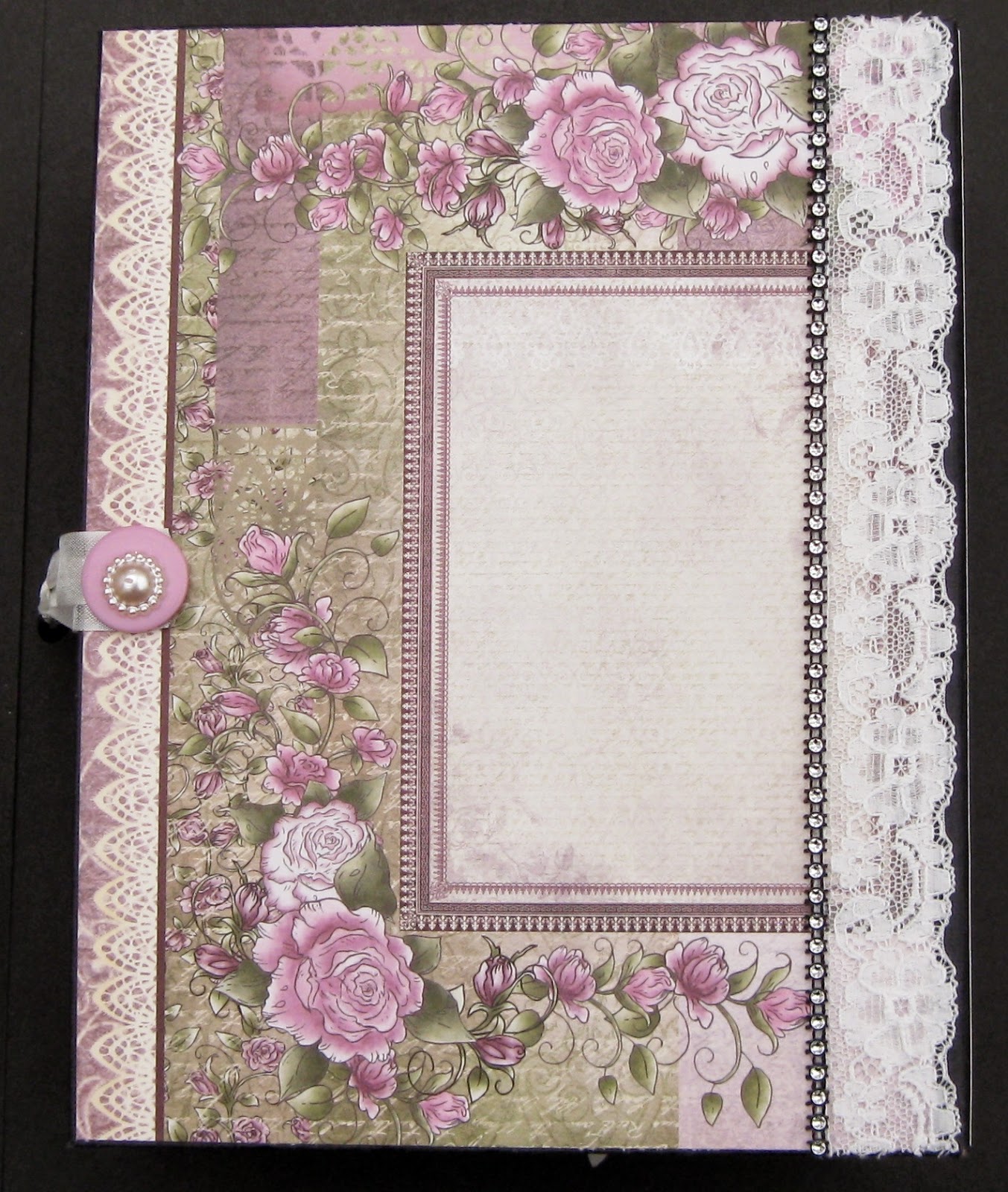 Back of album
I used a Fur coat hook and eye for the album fastener
and the I put a button with diamante on the top of the hook.
Thanks for taking a peek
hugs n smiles 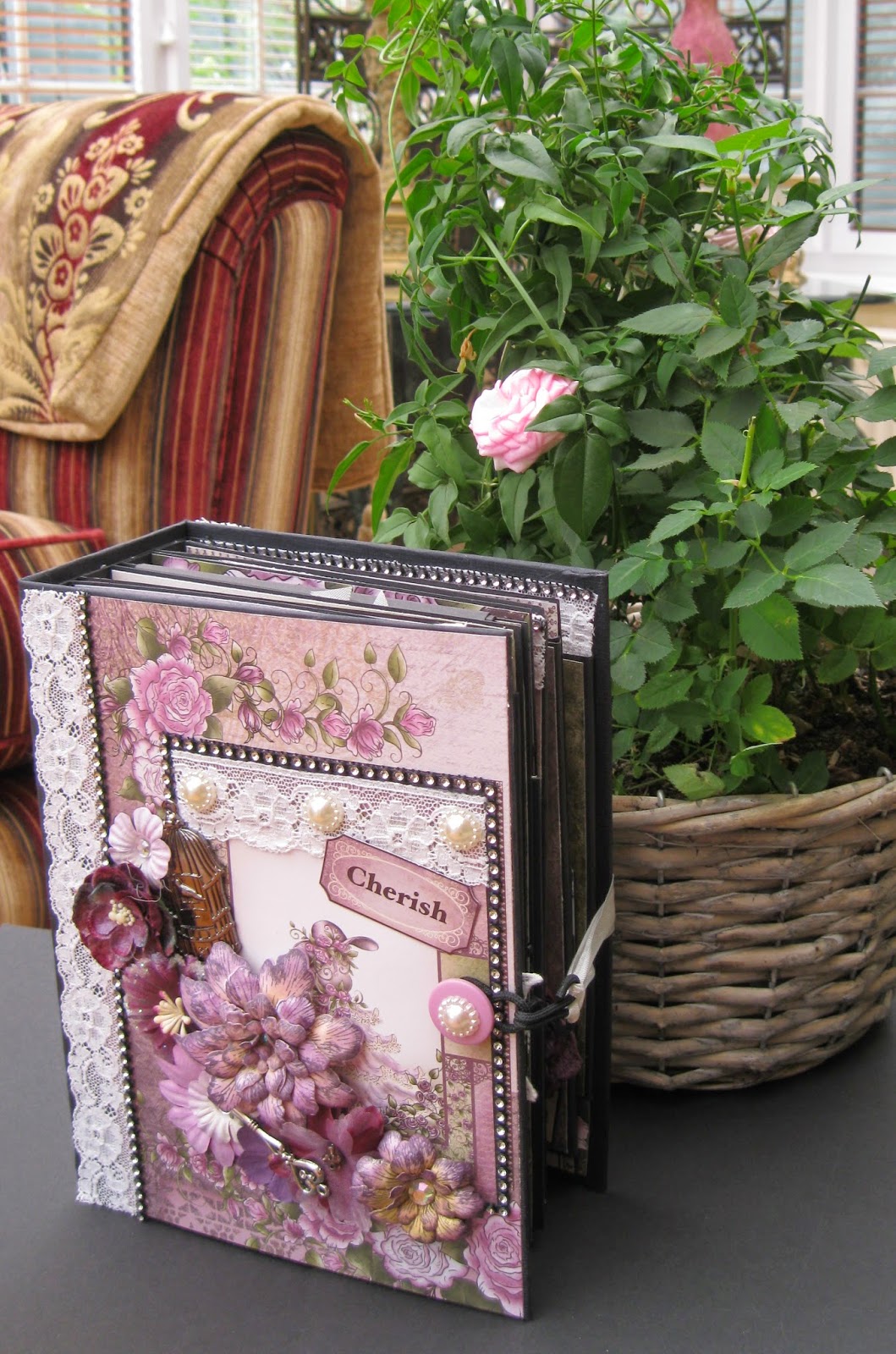 Easter seems ages ago although it was only last weekend, I have had the week off and I'm back to work tomorrow, which means no more lie ins for me. I have had a lovely week off blessed with warm days. I also had lots of time to craft and made this album using a Heartfelts Creations 12 x 12 paper pad called Raindrops on Roses. I followed a tutorial by Shellie just using black bling on a roll instead of white and different flowers to the one in the videos. The handmade flowers are Heartfelt Creations stamps and dies called Tattered blossoms. The following photos are all of the pages in the album with the flaps and pockets shown. The punch I have used is a Martha Stewart punch 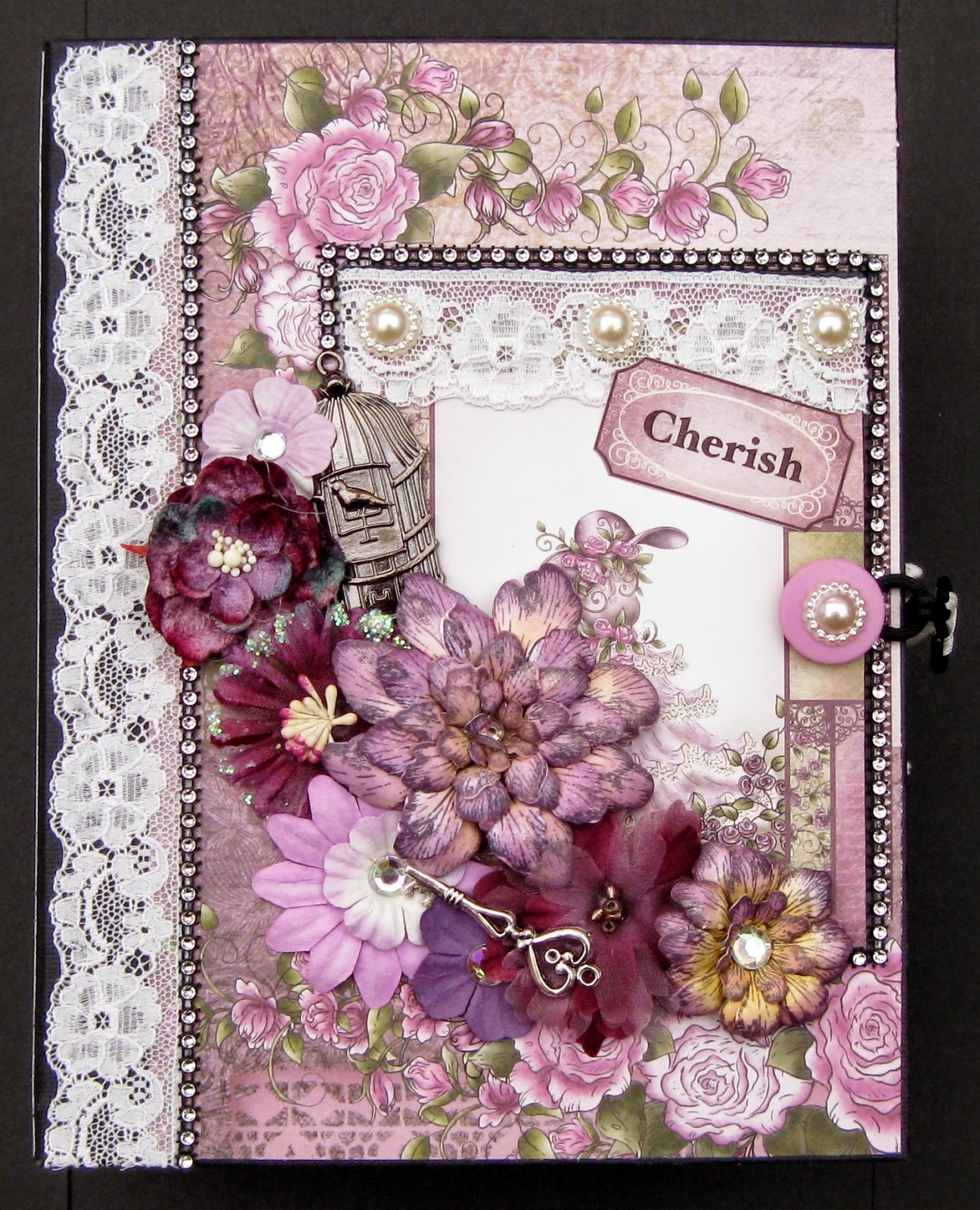 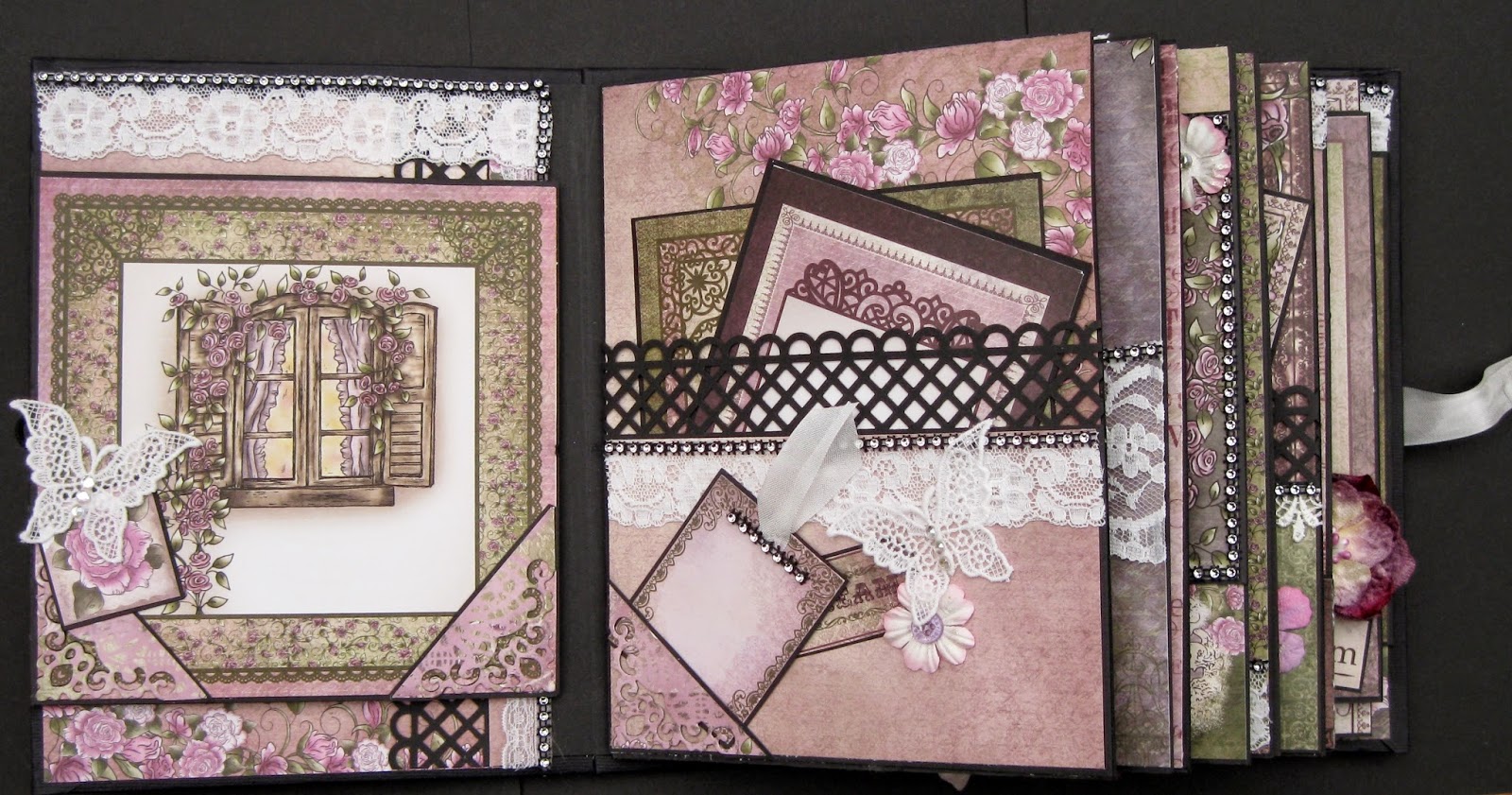 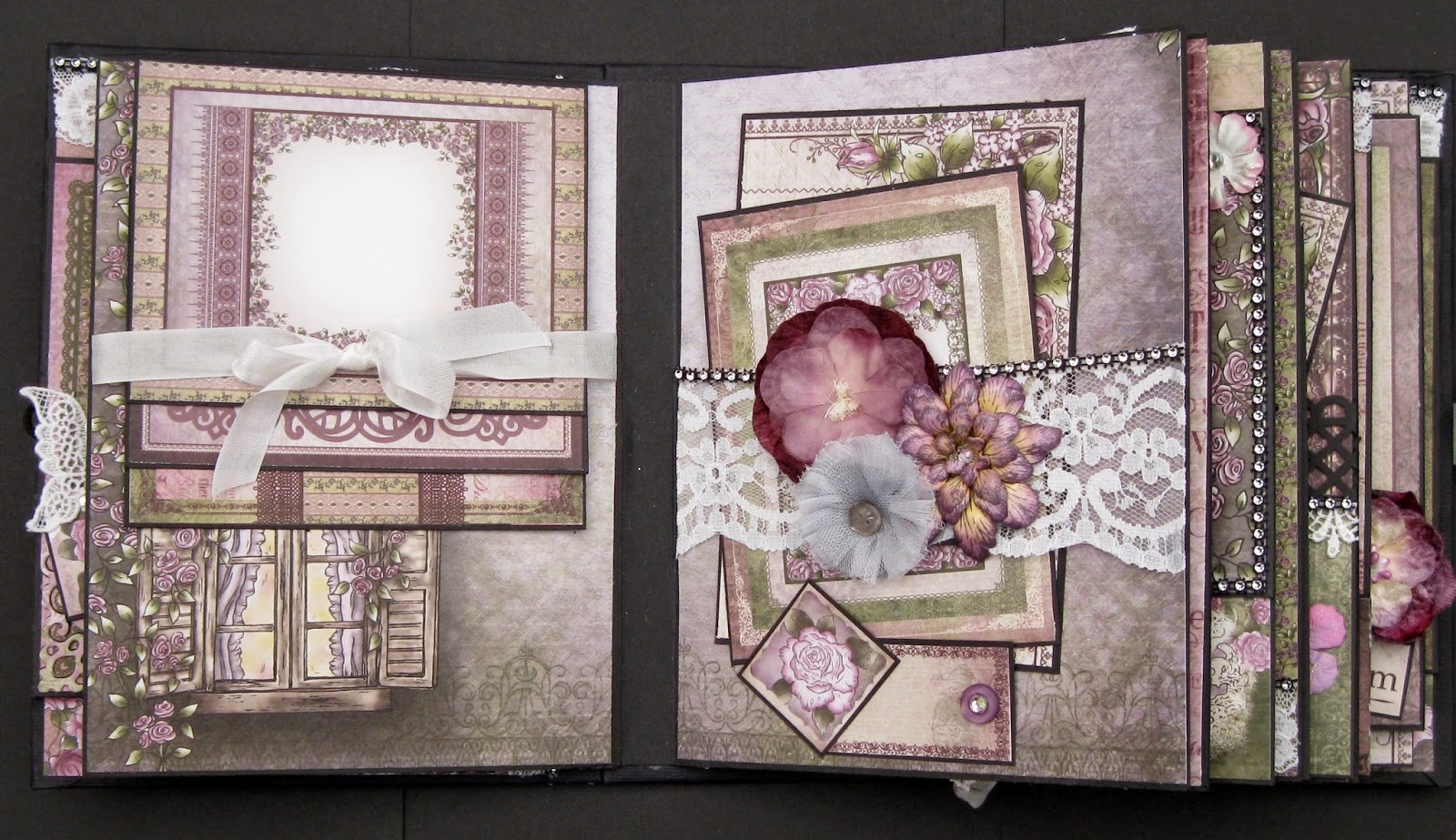 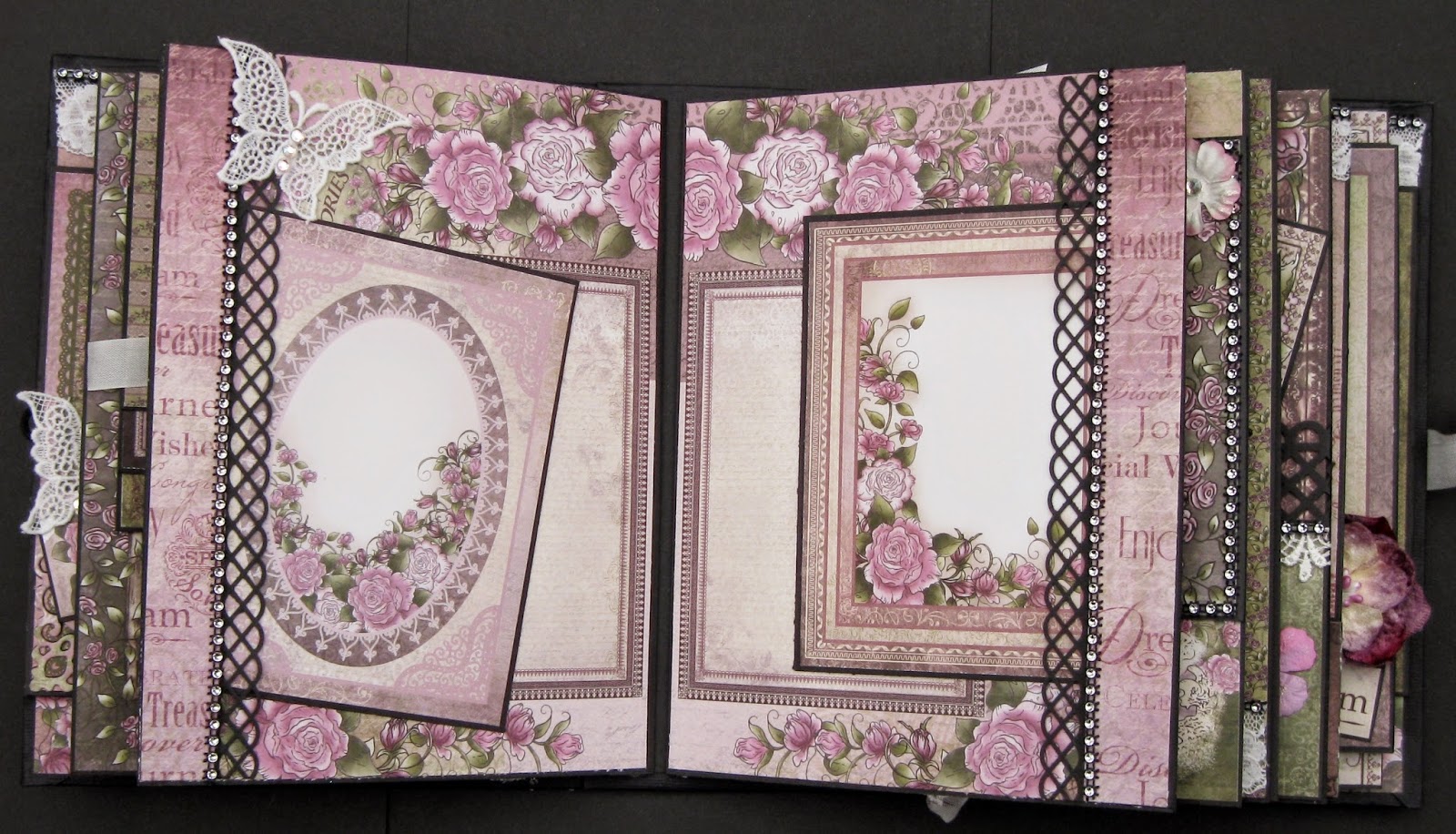 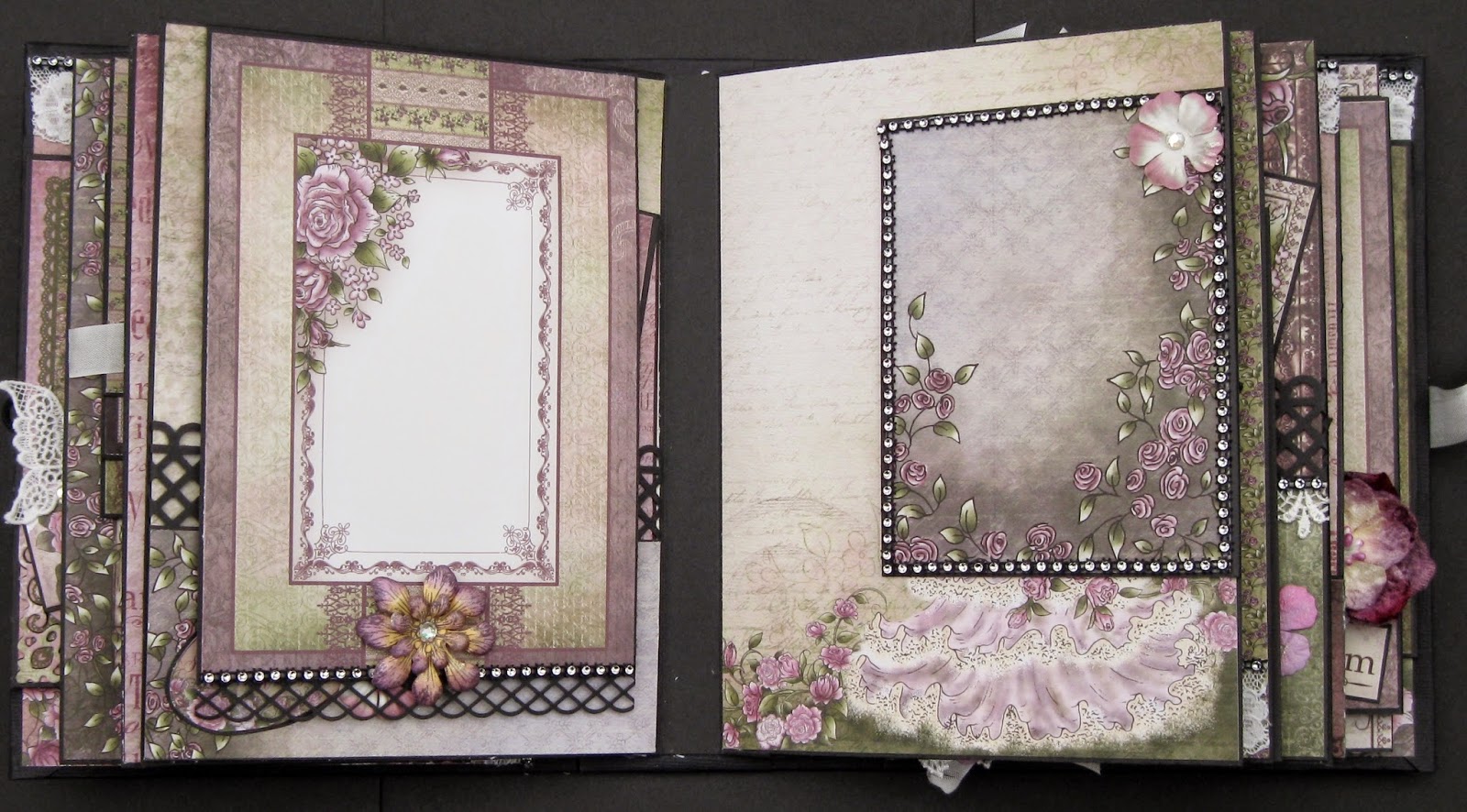 Photo below shows the flap up on the left hand page, the flap
on the right page also folds out. 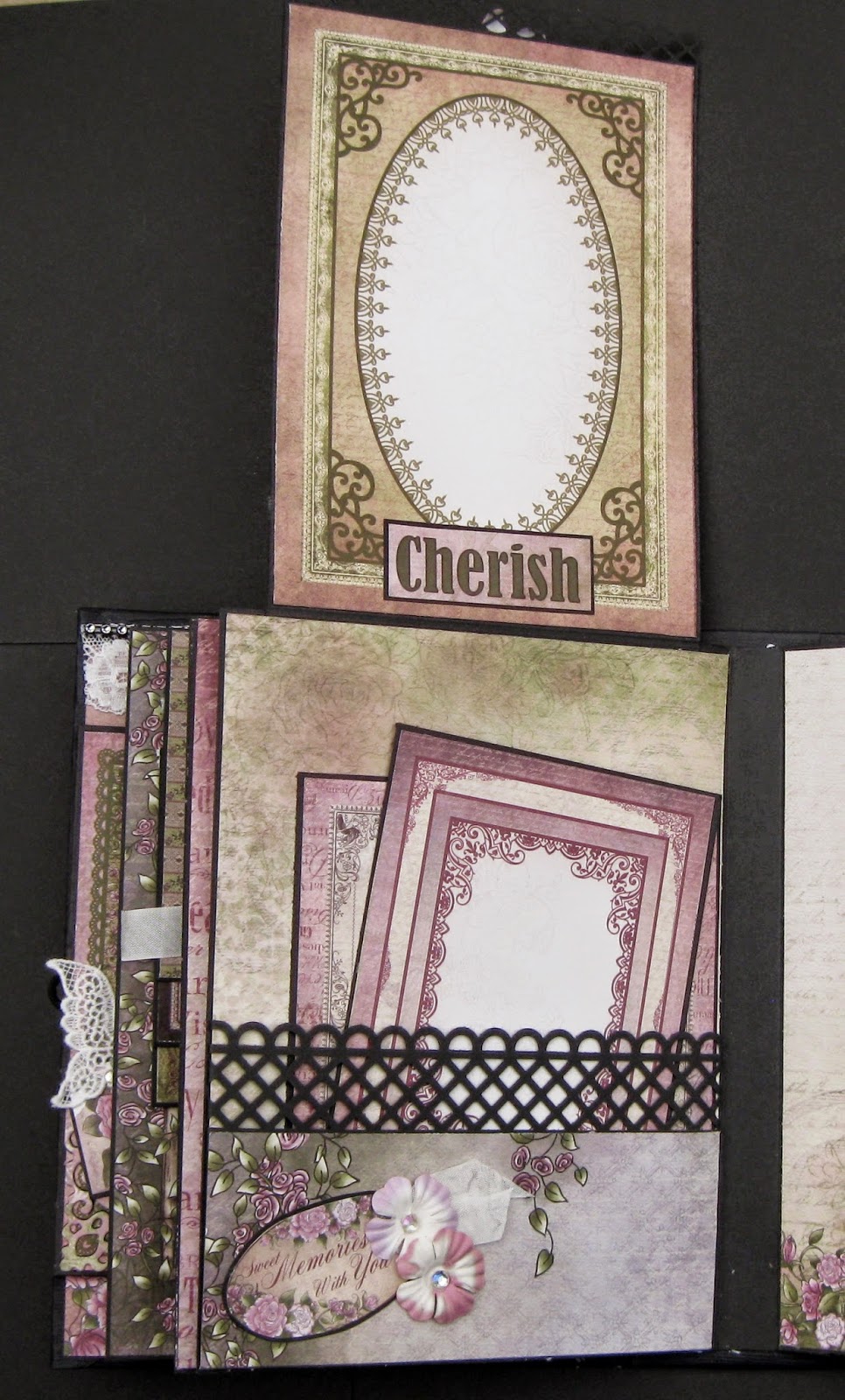 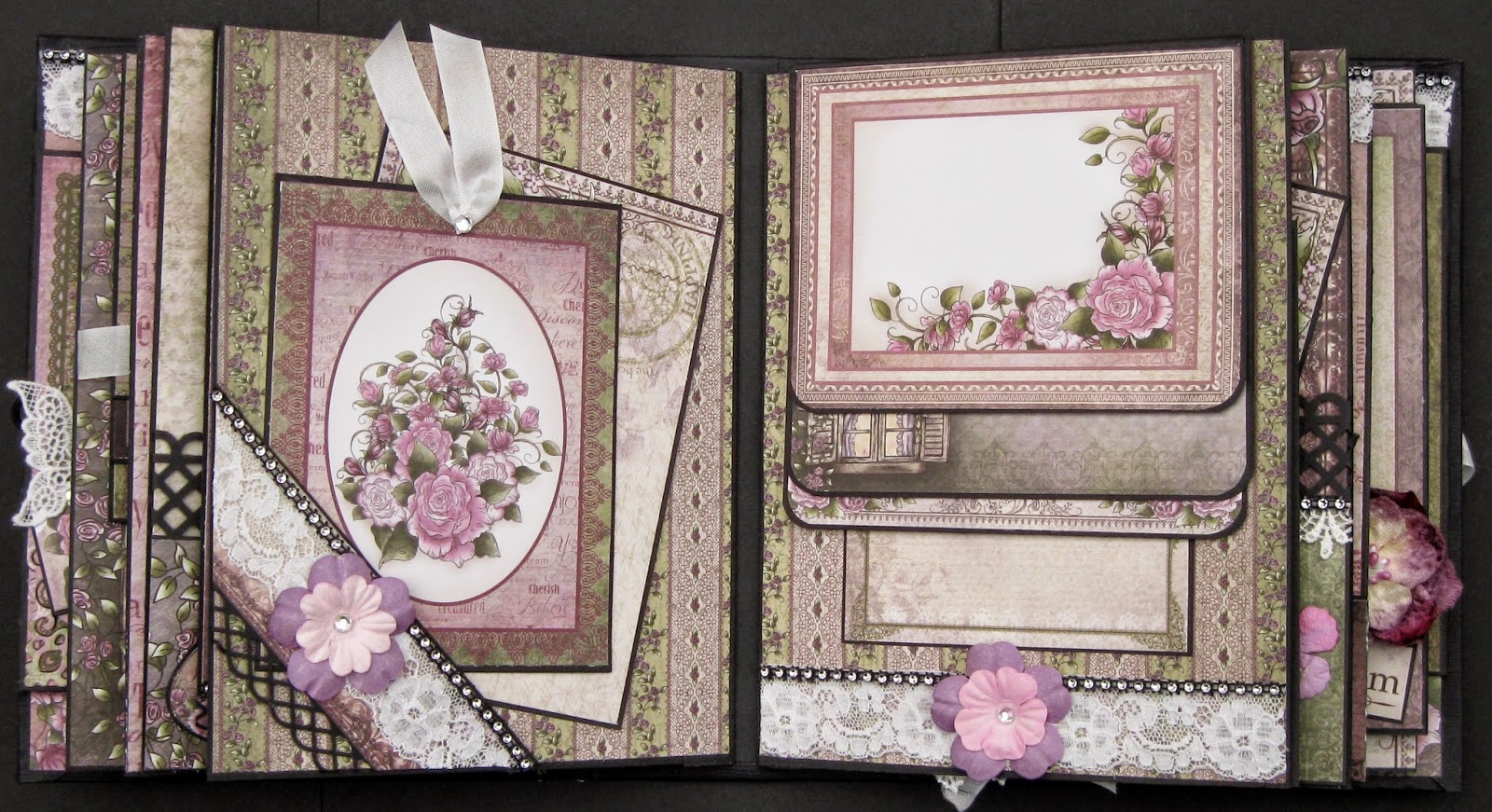 the page on the right has a waterfall flap 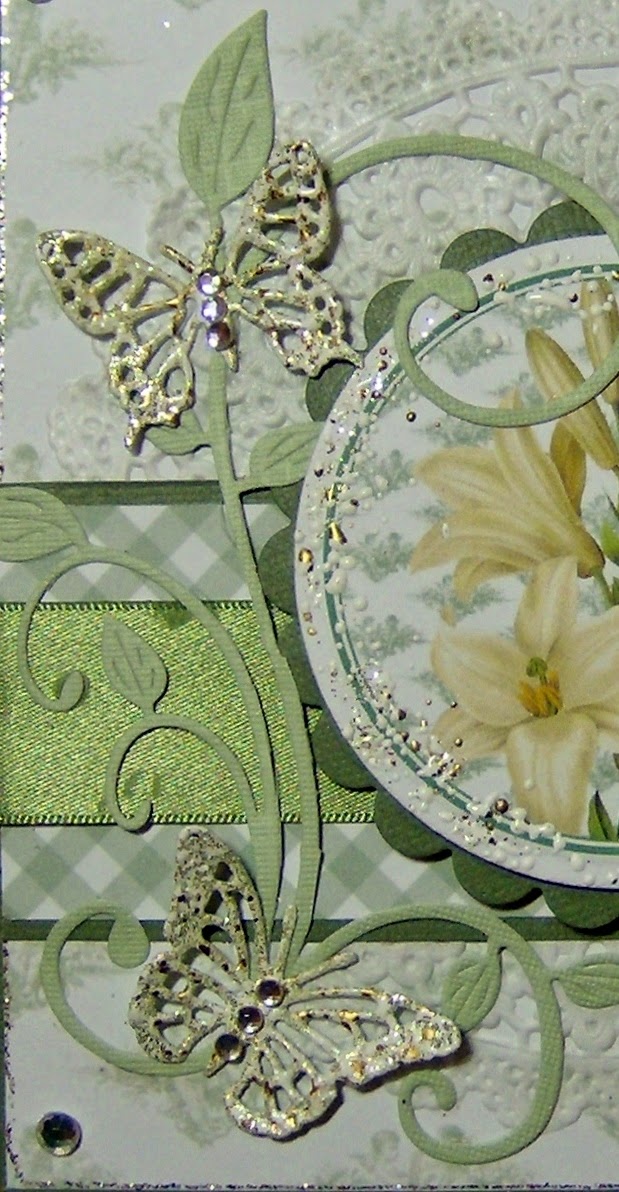 Evening peeps hope you are well and enjoying this wonderful sunshine that we are having, I've managed to get in the garden and do some pruning, I've cleaned my kitchen units and cleaned the floor, I even managed to get some crafting done a well, I'm making another mini album and I'm on the last page so pictures to follow.
Today sees the start of a new monthly challenge over at Kraftyhands, and the theme this month is Natures Work. I have used the In Sympathy Cd for these two cards featuring these lovely Lillies, I've added white and gold Frantage to the images and butterflies. 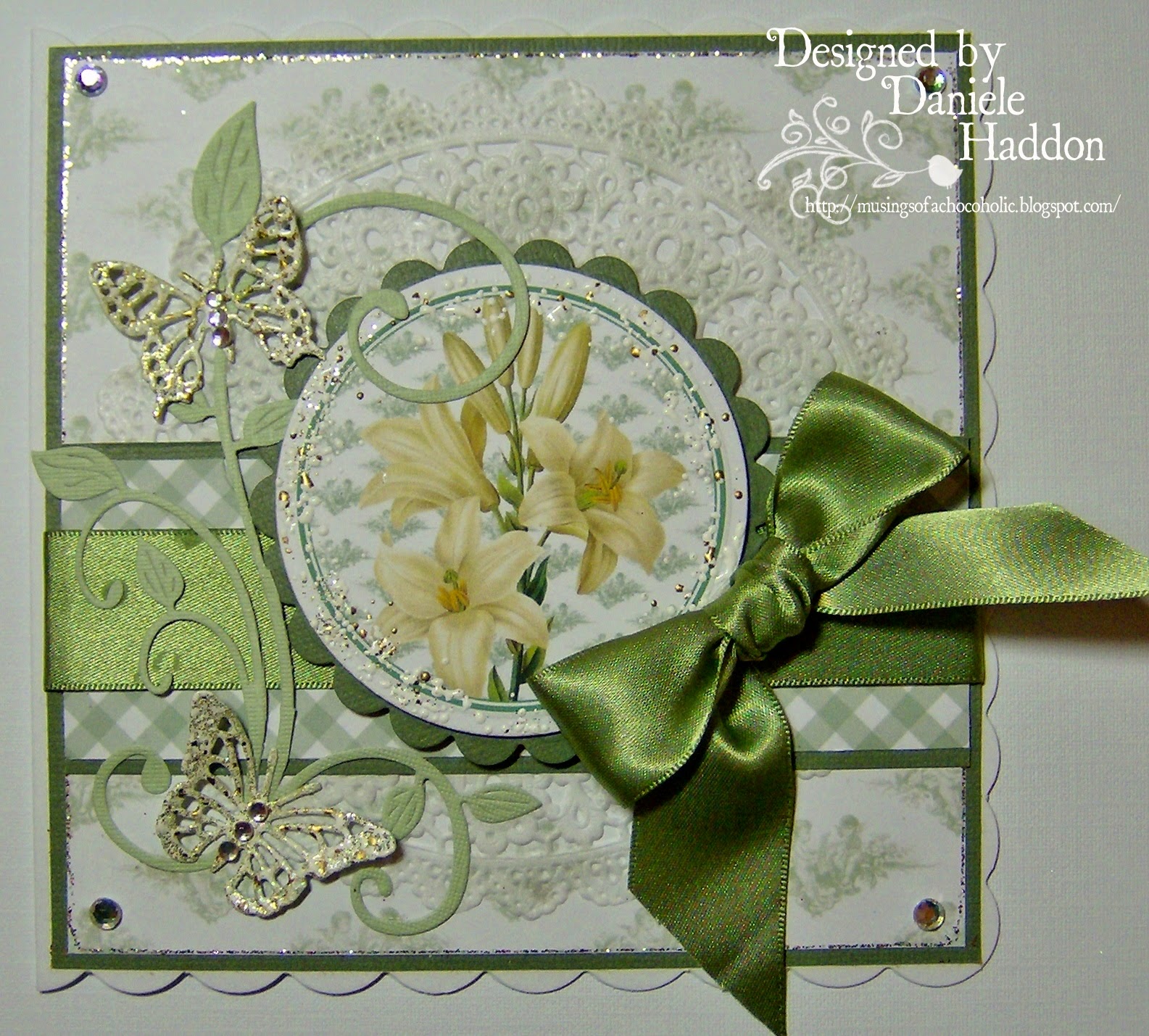 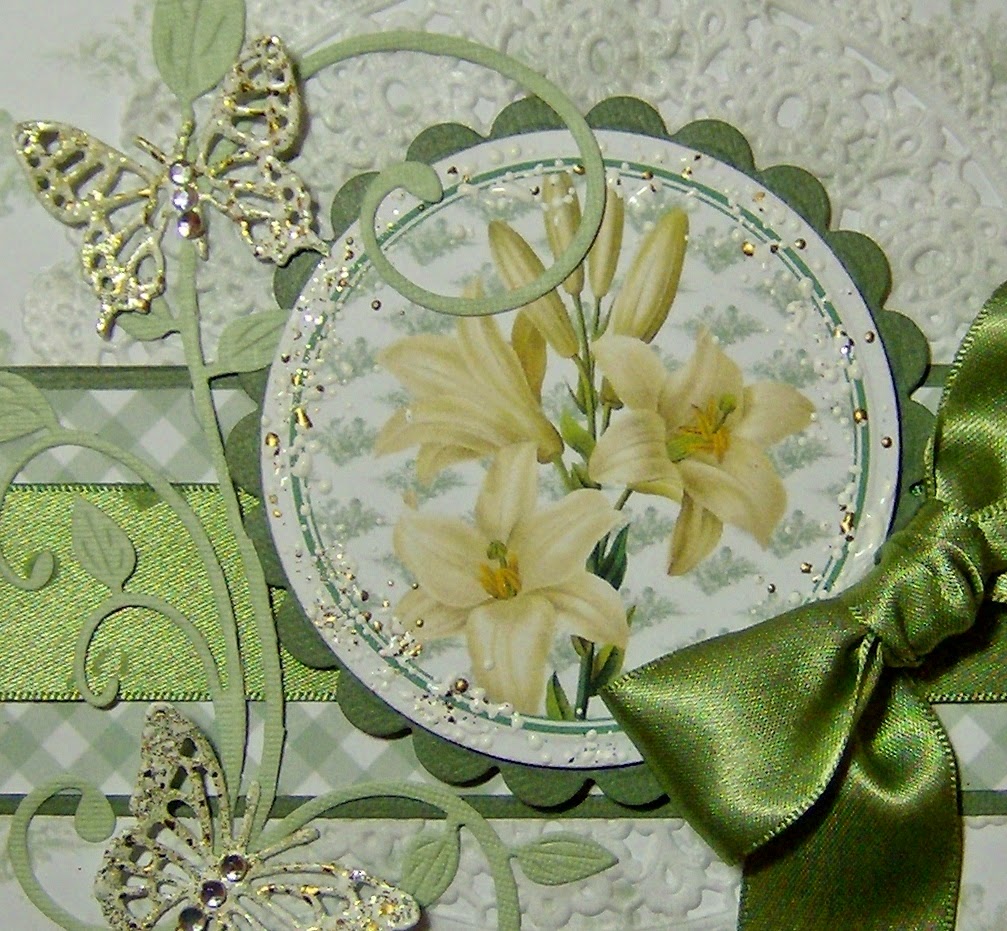 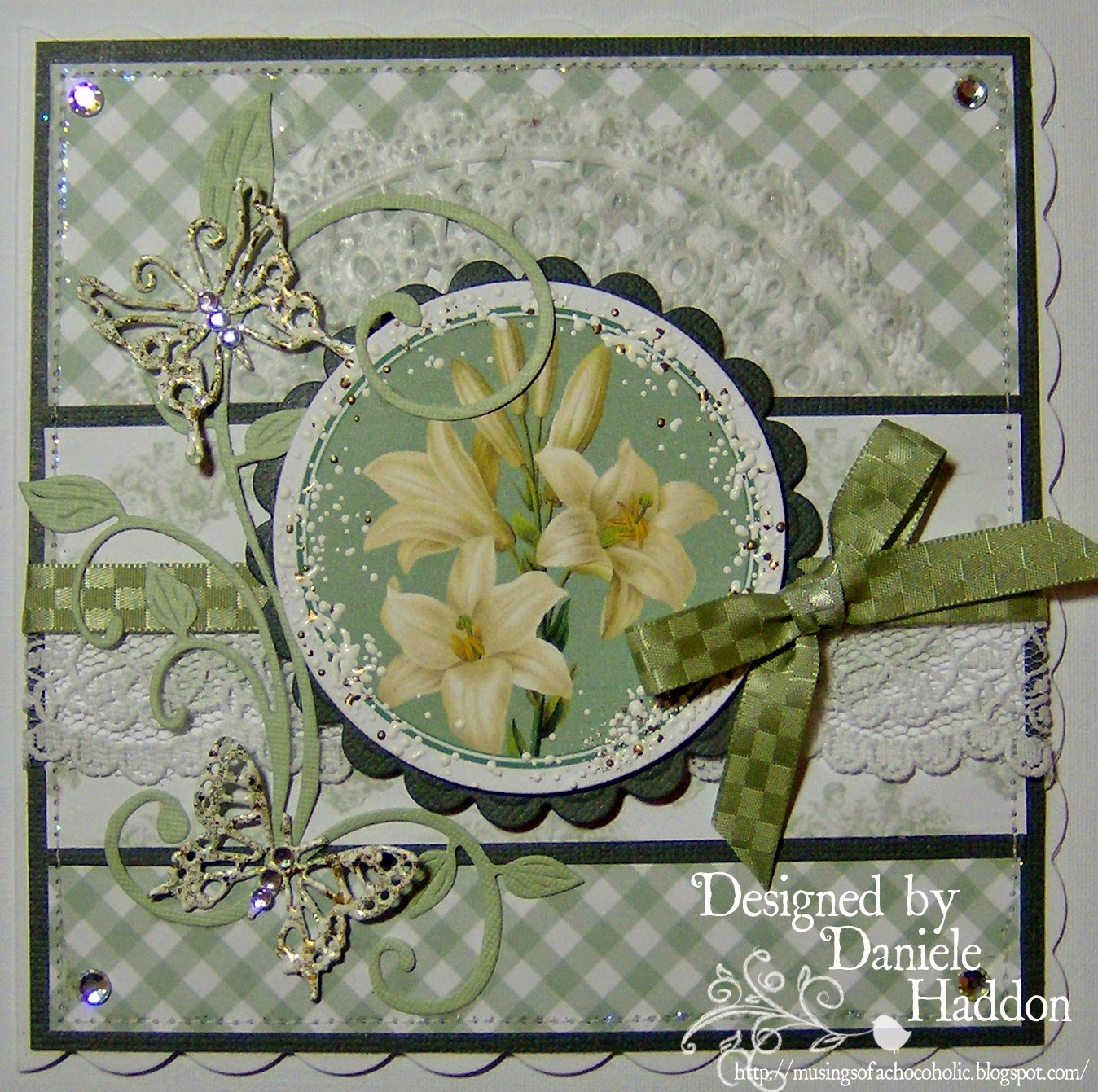 Well I hope you have all had a wonderful Easter and have not eaten too many chocolate eggs, we iced so many at work on Friday and Saturday, we were all pooped after the weekend and I slept all afternoon yesterday. I'm off all week on holiday now so I hope to catch up with all the jobs around the house and garden that I have not had the time to do.......hopefully I can stay awake.
Today sees the release of a new Cd from Ooh La La Creations featuring the art work from Paula Oakley. The launch is on Create and Craft at 2:00 pm, here's a couple of samples. 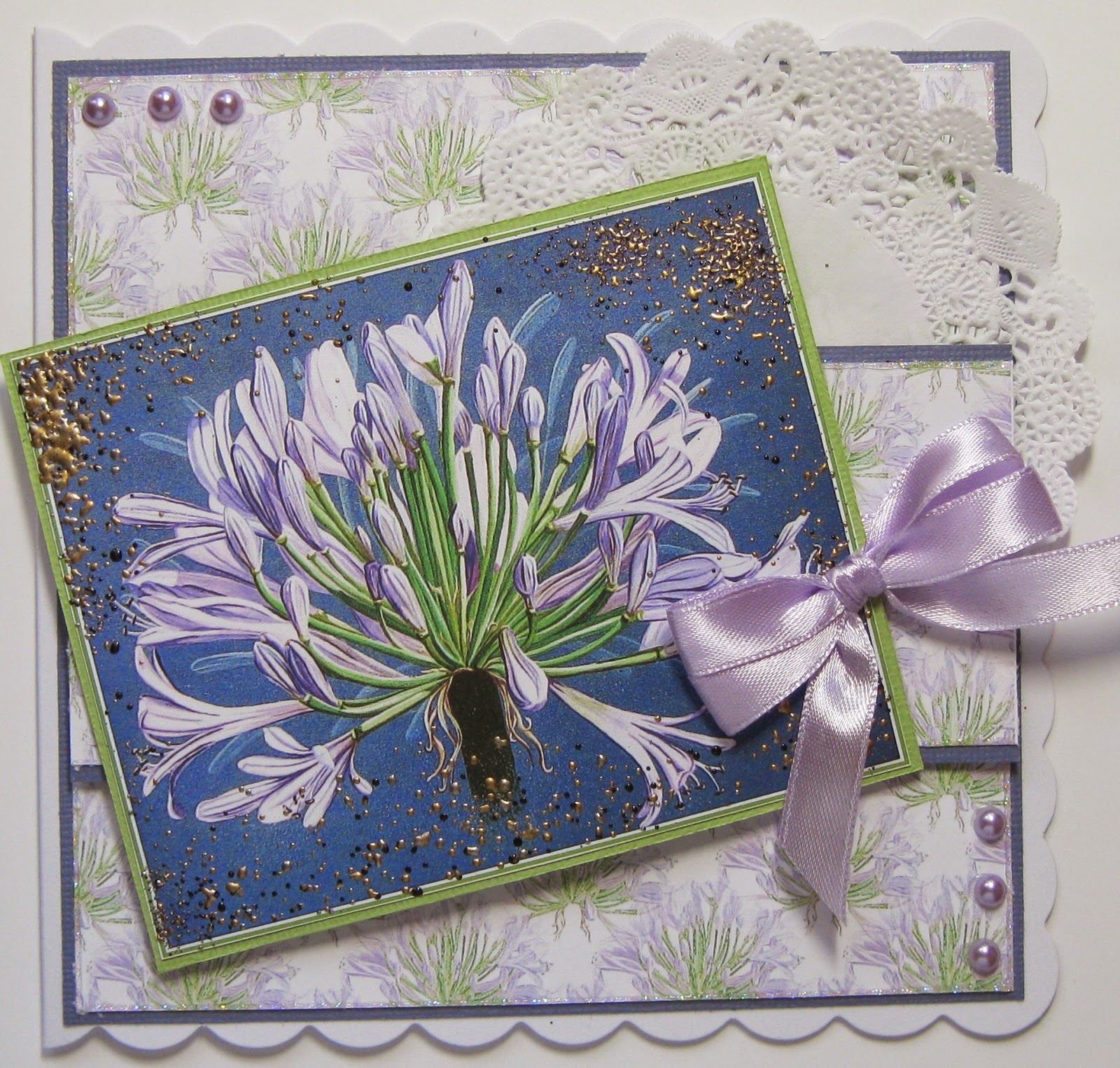 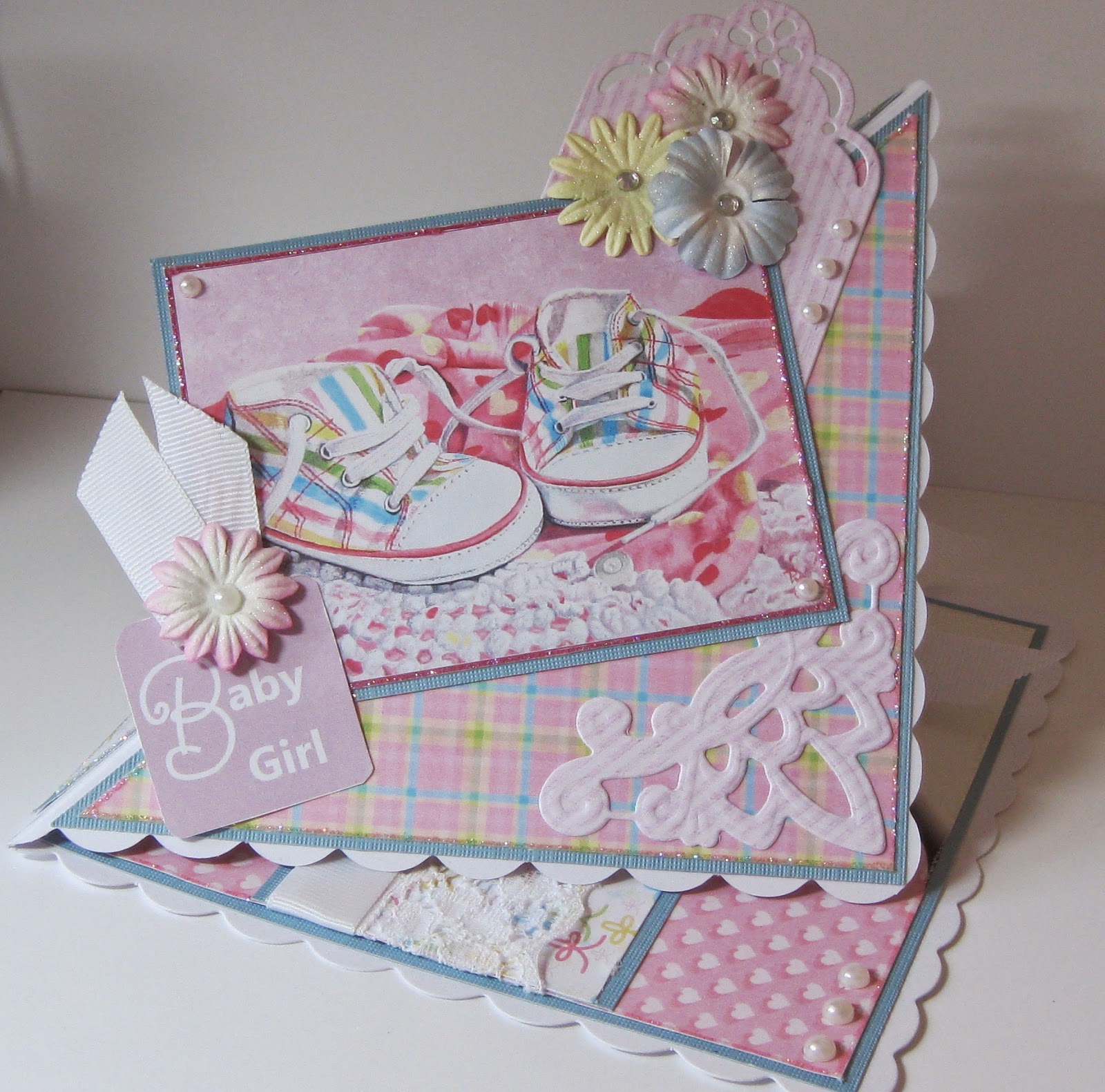 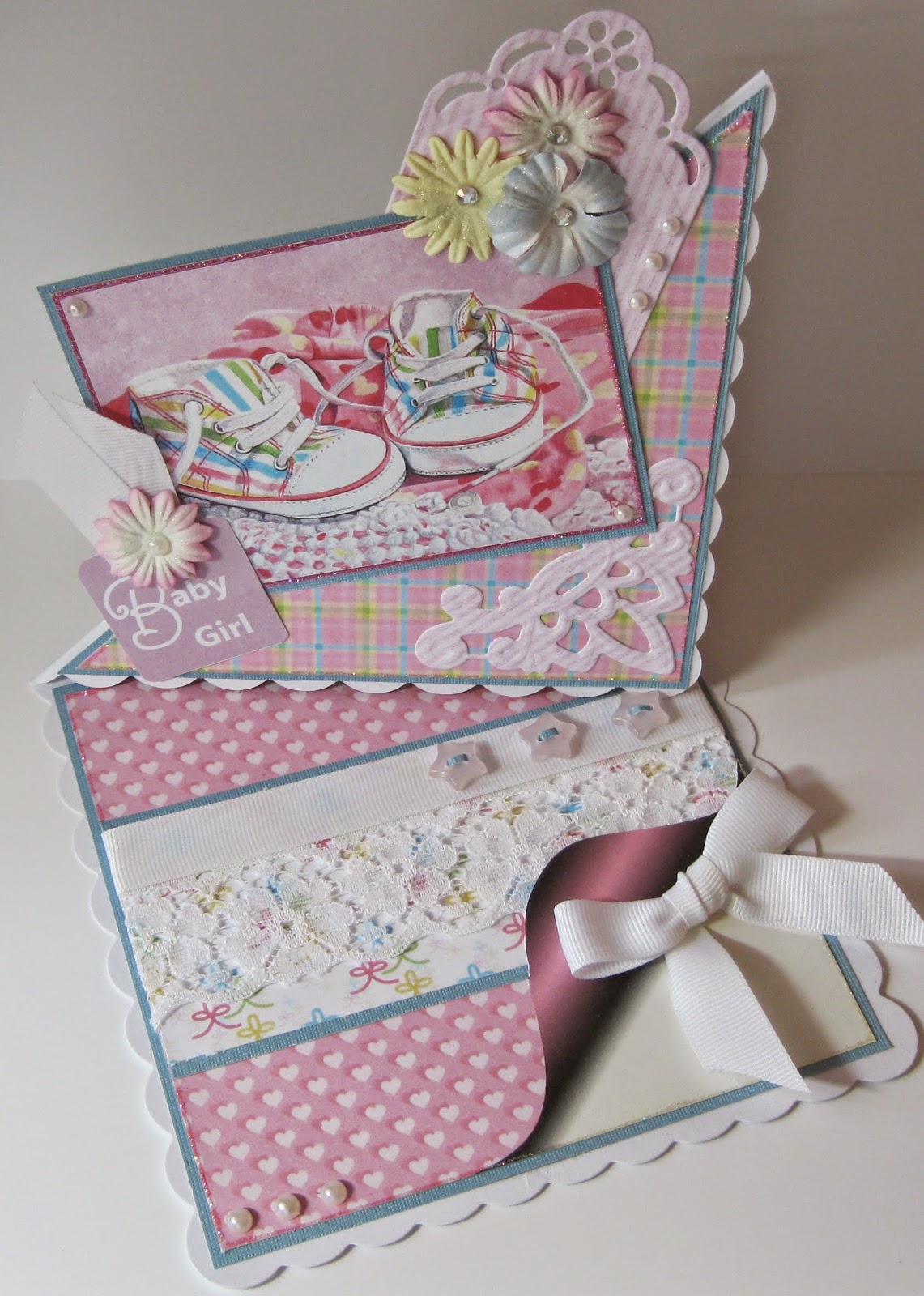