Evening fellow bloggers, well we are half way through May, and we have had some lovely sunny days along with lots of other weather thrown into the mix. I have been playing with one of the new stamps from Crafty Individuals, CI 452 Natures Beauty, love this one as it can be cut up as well as layering parts of the design I have gold embossed the image and coloured with watercolour twinkling H20s. The frame I got for a £1, its started life as grey, I used black gesso and dry brushed aqua paint and then added treasure gold to highlight the details on the frame.
Don't forget you still have a couple of weeks to enter the challenge at Crafty Individuals, the theme is anything goes. 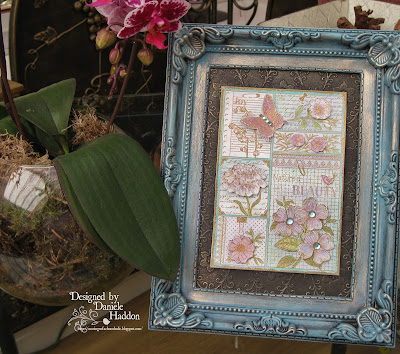 Thanks for taking a peek
hugs n smiles 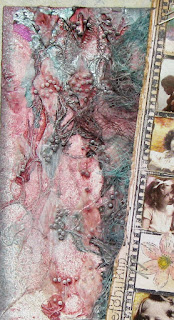 Afternoon fellow bloggers, can't believe the last time I shared a card was at Easter, what happened to April, although my mojo has taken a dip of late, I did go to Paris for a weekend when it was the Version Scrap show, thoroughly enjoyed myself but so wish I spoke French as the show was a real treat for scrap bookers, most of the stalls had make and take projects to do and there were some lovely projects being made.Mind you it was seriously busy with queues to get on the stands and then another to pay, it was just how a show should be, I picked up some great magazines although they are in French they have some really good instructions for layouts in fact I have subscribed to one called Histoire de Pages.

Todays card is for the challenge at Crafty Individuals, the theme is ......anything goes. Don't forget to use a product from Crafty Individuals and you will get a code fr a whopping 25% off your next purchase. I have used one of the new stamps CI 450 called inky borders, I love this little film strip, which is one of three stamps in the set. I have used mini images from the image book People and Places which is on offer at just £1.45 for inside the film strip and the little frame. For the main background I have stencilled and spritzed adding micro beads and thread for extra texture, actually the mica sprays I picked up at the French show for just 3.50 euros, a bargain. The background behind that layer was brayed with fresco paints and the I used a script stamp to randomly stamp over. 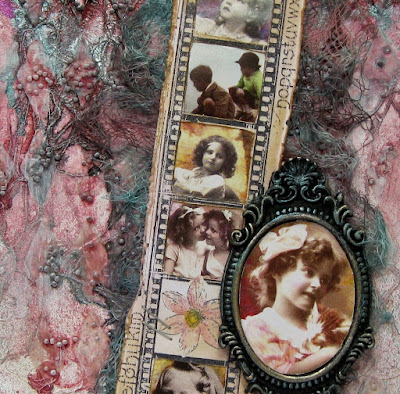 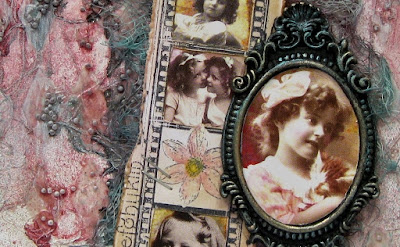 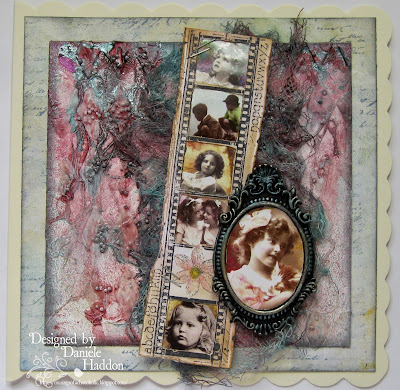 thanks for taking a peek